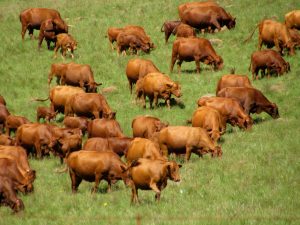 Huffington Post SA reports that
two farm attacks in different areas of the Free State took place within 14 hours from each other on 1 August, according to Free State Agriculture (VKB).

Following this, Johan de Villiers, founder of African-European Indaba, said: ” We strongly condemn the violence against South African farmers and farm workers. We believe the South African government should intensify their efforts and police these rural areas more effectively. As we have done since 2012, we will once again appeal to selected roleplayers in agriculture in South Africa and selected government ministers in Europe to try and positively influence a path to an acceptable situation.”

Six farm workers were attacked in the first incident on a farm near the Free State border, albeit without any serious injuries, while in the latter farmer Gustav Louw near Theunissen fired warning shots after which suspects fled.

Meanwhile, a bound elderly resident of Glendale Heights near Ballito in KwaZulu-Natal is reported to have struggled to escape for nearly 15 hours while her husband, 83, was dying after being shot in the stomach by robbers. Read the full report here