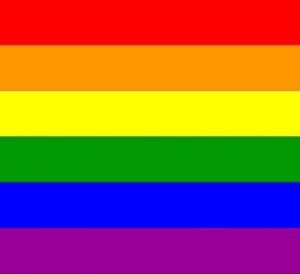 ALKMAAR – Sahir, a gay asylum seeker from Iraq living in Alkmaar, The Netherlands, has to return to his country of origin. At the end of 2015, he fled to the Netherlands with his friend. His friend may still remain, but Sahir is said to not be ‘gay enough’, NH Nieuws reports

At the end of 2015 Sahir and his partner Mushtak fled from Iraq, because Mushtak’s brother beat him up after discovering the relationship between Sahir and Mustak. They arrived in Amsterdam and they were accommodated in an asylum seekers center in Heerhugowaard.

There, Sahir and his friend had difficulty due to their nature and they felt threatened. They were therefore sent, with a number of other gay refugees, to an apartment for refugees on the Picassolaan in Alkmaar. There the men felt safe while waiting for the outcome of their asylum application.

But then Sahir got bad news. After waiting eighteen months, he heard he must return to Iraq. The judge in Amsterdam confirmed that the immigration authority, IND, is right in its opinion that he has not shown sufficient credibility that he needs protection and should stay the Netherlands. Sahir now fears the worst: “I’ll definitely be killed in Iraq.”

“The decision was that I’m not gay and that I can live in Iraq,” says Sahir. He suspects that the IND does not believe him because of his appearance. “If men do not wear makeup or nail polish, they are not gay.”

Mireille Sampimon, a girlfriend of the couple, says, “I know Sahir for a year now. It is hard for him to talk about his feelings. The IND expects him to explain in a number of conversations with strangers why he loves men and not women.”. She finds the decision inhumane.

“I’m terribly afraid they’ll be taken apart”. According to Sampimon, Sahir will be arrested by the Iraqi police on return. “If they do not punish him, his own family will do that. Sahir will not survive in Iraq.”

The IND say they are unable to make statements about individual cases. However, a spokeswoman emphasized that the IND makes very careful considerations, also with LHBT applications.

Sahir is still trying to appeal, but he probably cannot stay in the Netherlands during the process. The Alkmaar mayor, Piet Bruinooge, and members of parliament in The Hague have been asked for help.

LGBT Asylum Support has launched a petition to request attention for unsuccessful gay asylum seekers. Also during the gay boat parade of Alkmaar Pride on 27 May, attention will be given to this refugee group.

Why Mass Migration Is Good for Long-Term Economic Growth